The Westminster Kennel Club Dog show is unarguably one of the very best canine judging competitions of all time. With over 144 years of celebrating the agile and obedient breeds, Westminster comes up in June 2021 for its 145th celebration and we cannot wait! Oftentimes, the Westminster Dog show winners are oftentimes described as the best in the world. This is because the show judges the dogs in accordance with a standard. This is a written standard describing what should be the ideal dog through the qualities possessed.

Who Won the Westminster Dog Show 2020

Despite the heat of the last Westminster Dog contest, a standard poodle, Siba claimed the Championship of the infamous competition. Siba was competing in the show for the last time and she luckily walked away with the best in the title. Undoubtedly,  that was a happy retirement. Likewise, the first-ever Westminster champion was Warren Remedy. Not only was she the first, but she also won it on three occasions. Westminster’s best-in-show winners are standard dog breeds. Because possessing one of the most prestigious dog awards is no joke. In the show’s history, 48 breeds have taken turns to win the best in the show title.

Therefore, in honor of the 145th Westminster Dog show, we would be rolling back in time. We would be celebrating the all-time past winners of the Best in Show titles of 50 years, since 1970.

The elegant Arriba’s Prima Donna, also known as Suzie won the best in show title in 1970. She was jointly owned by  Dr. & Mrs. P. Pagano and Dr. T. Fickes. Similarly, she is the female boxer breed that has won the show.

Again in 1971, an English springer spaniel owned by Milton E. Cricket took the winning baton. Adamant James, also known as Diamond Jim won the show for the first time that year. However, in 1972, Adamant James won the title yet again in grand style. This made home the most recent dog to win the competition multiple times.

Acadia Commander was a standard poodle dog breed. Equally, he walked away with the championship in 1973.

Baron was a Lakeland terrier owned by Mrs. V. K. Dickson. The dog won the best in show title in 1976. This win marked his 60th in the Westminster dog show. Baron’s 60th best in show win was a landmark achievement. Evidently, this is because no other terrier breed had had that number of victories.

Cede Higgins Yorkshire terrier owned by Barbara A. and Charles W. Switzer. Yet again,  she remains the only Yorkshire terrier to win best in a show at the Westminster Dog show before and after her win in 1978.

Cinnar, a Siberian husky won the Best in Show title in 1980. Cinar was handled by Trish Kansler, who was the youngest dog handler for the Siberian husky dog breed at the time.

Subsequently, St. Aubrey Dragonora of Elsdon was the Pekingese dog who won Best in the show in 1982.

Again, Kabiks The Challenger in 1983 was the first dog from the hound group to win best in the show in over two decades.

Seaward’s Blackbeard was one of the biggest dogs to win the Best in Show title. Likewise, he was the first Newfoundland dog breed to win the championship in 1983.

Shannon joined the league of the terrier champions in 1985. For about seven years before his win, no terrier breed had won. However, Shannon broke the record.

Margetta from the Pointer dog breed won the best in the show in 1986.

Covy was the first-ever German shepherd to win Best on show in 1987.

Great Elms Prince Charming, II was also the first Pomeranian to join the Best in Show champions in 1988

ROYAL TUDOR’S WILD AS THE WIND

Royal Tudor was a Doberman pinscher breed. The dog beat over 2000 dogs to emerge the beat in 1989.

Wendessa was also a pekingese breed. In 1990, the dog the second dog trained by Edward Jenner to win Best in Show.

WHISPER WIND ON A CAROUSEL

Whisperwind was also known as Peter. In 1991, Peter, a standard poodle won the Best in Show title.

Before this win in 1992, Wire and smooth fox terriers were one breed. However, the breeds were separated in 1985. Therefore, Registry’s lonesome dove became the first to win after the separation.

Similarly, Condor was an English springer spaniel that won in 1993.

Chidley William won the best in the show in 1994. Similarly, his sister became the champion in 1998.

Gaelforce was the second and third consecutive terrier to win Best in the show in four years. The title was won in 1995.

Clussex was a Clumber Spaniel breed who won in 1996.

Pa was the first standard schnauzer to win best in the show in 1997.

Even though Faire wood was about two weeks pregnant during the show, she still won the show in 1998.

Kirby was a world champion. This is because he was the first papilion breed to win best in the show in 1999 and also won the championship at the World show.

Salilyn is the offspring of Salilyn Condor, the winner in 1993. In 2000, Salilyn II became the first best show winner whose parents also won. She opened up the winning game for the 21st-decade winners.

J.R was the first Bichon Frise breed to win in 2001. The breed is one of the most recently recognized breeds.

Surrey had her 39th Best in Show victory in 2002. Afterward, she retired.

Michael was a Kerry blue terrier breed. Not only did he win the best in show title in 2003. But, he also won at Crufts in the United Kingdom and the American Kennel Club.

Darbydale was a Newfoundland breed that won in 2004.

‘Carlee’ was the second German shorthaired pointer to win best in the show in 2005. Interestingly, She came in second in the pointer breed to win after Traveler won.

In 2006, a colored blue terrier named Rufus won the best in show title. After. which he retired to become a visiting dog to Nursing homes.

The Best in Show win for Diamond Jim in 2007 marked the 6th win for the English springer spaniel breed.

Although the beagle breed is among America’s most popular breed, there had not been a winning record for the breed. However, Uno broke the record as the first winning beagle in 2008.

Stump, at age 10 became the oldest and first Sussex spaniel breed to win Best in Show in 2009.

Sadie joined the terrier winning the league in 2010. Besides that, the victory made the Scottish terrier breed recorded the second-highest total wins of any breed. Indeed, Terrier breeds are exceptional.

Apart from the above, Scottish deerhounds are also among America’s first recognized breeds. However, there had been no Best in Show win for this breed since the inception of the title. But, Hickory broke the chain and emerged the winner in 2011.

The “flawless” Pekingese Malachy won the best in show title in 2012 after a heated contest on stage.

In addition, Banana Joe was also one of the first-timer winners for their breeds. In 2013, Banana Joe won the Best in Show title for the Affenpinscher breed.

Furthermore, Sky a wire fox terrier was also one of the top world champions. Apart from Westminster, she owns an AKC championship.  She won her 2014 best in show title after her victory at the 2012 AKC National Championship.

Rumor was a German Shepherd Dog who won the 2017 top honors. After his win, he retired from dog shows.

Following Rumor of 2017,  Flynn of the non – sporting group became the first of the hound to win the Best in Show title in 2017 after about a decade since the first win in 2002.

You can trust the Wire Fox terriers to always deliver. Along with other fox terriers, King Arthur caught Westminter’s choicest prize – Best in Show in 2019. This win secured the 15th win for wore fox breed. It should be added that this gave the wire fox terrier breed the top breed the most wins in Westminster.

The June 2021 Westminster dog show would come in in new style with four new breeds to add to the set. We all await the Final Best in Show competition where the newest Westminster Champion would be revealed. Now, will the winner be a Terrier breed again this time or a Labrador Retriever would win for the first? Above all, Stay tuned, June is here and we shall see. 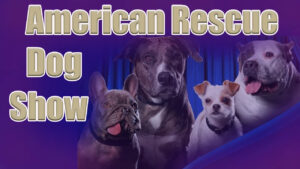 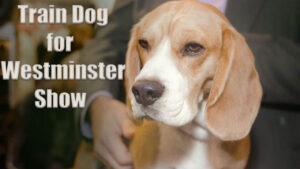 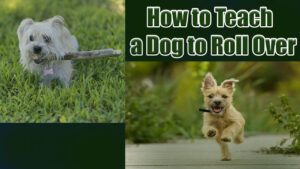 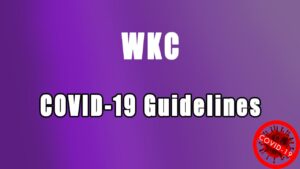 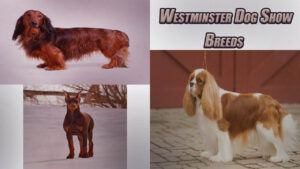