If you are finding which dog is best for you to participate in a dog show then you came to the right place. Selecting the right dog breed for any dog show around the world is a most complicated thing. Here we select the 10 best breeds for dog show all of the breeds already win WKC and AKC dog show. This information is also applied for European dog shows too. Don’t miss any dog show to participate find the full dog show tv schedule on our website. Find the best dog breeders for dog shows and training guides.

The adventurous Wire fox terrier is a Terrier dog breed, specifically categorized under the Fox Terriers. Being one of the duos makes up the Fox Terrier breed, the other breed being – the smooth fox terriers. The Wire Fox is characterized by a lean physique and floppy hairs; with a predominantly white base for its coat color. The fox Terriers emerged in the late 18th Century—Fox Terriers traditional roles in assisting hunters in fishing and driving foxes out of their hounds during hunts. 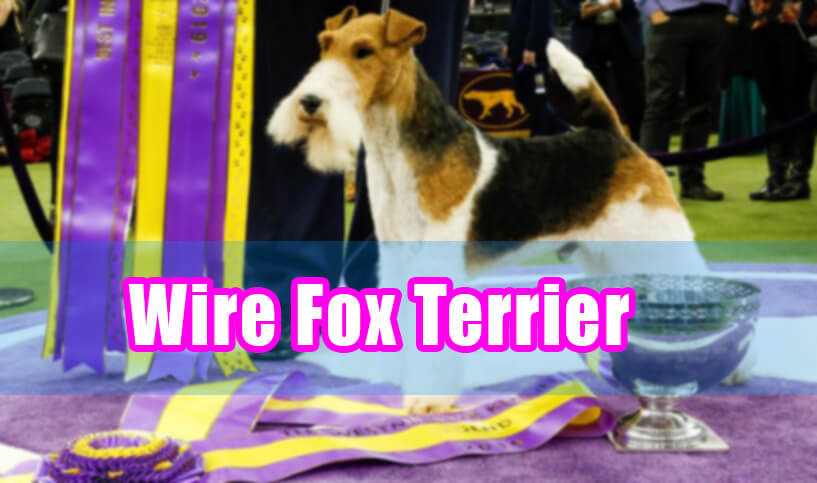 Since the first Westminster Dog show in 1877, the Wire Fox Terrier has made an outstanding record of the single Breed that has bagged 15 “Best in Show” titles, far more than any other breed. No different Breed has won this title more than eight times. The Westminster Kennel Club accepts no ordinary dog but Champions, and this leading Breed has proved to be an all-time Champion breed, ranking it one of the top breeds in the Westminster Dog Show.

America’s Favourite Dog breed, the “ever-friendly” Labrador Retriever, comes next on this list. This dog breed tops the list in Year 2020s Most Popular Dog breed rankings, accordion to the American Kennel Club standards. It is not so hard to figure out the reason for this.

The Labrador Retriever, otherwise known as the Labrador, is a breed of Retriever Gun Dog whose emergence dates back to the early 19th Century. Labrador Retriever Breed is generally characterized by its sturdy and solid body appearance, short coat, powerful jaws, and close eyes. The labrador retrieval’s early traditional roles were to be a great companion and an excellent working breed. 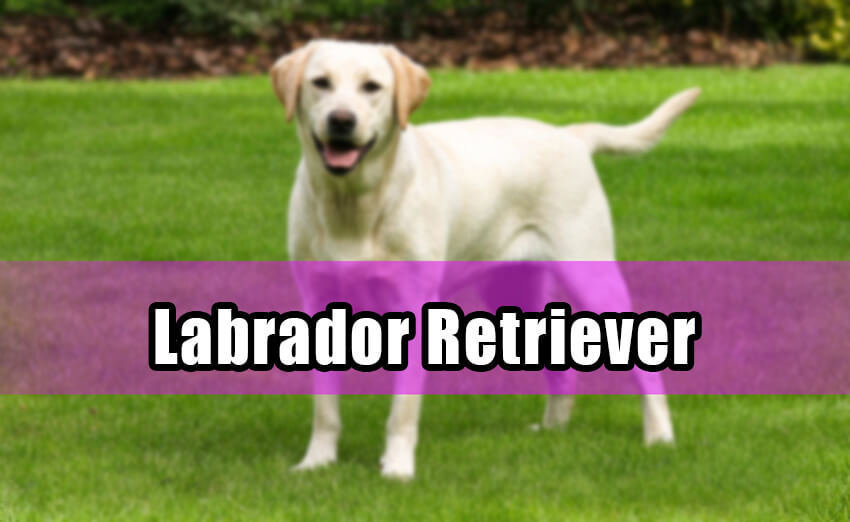 Labrador Retrievers, being naturally trained to be highly responsive to human instruction; rank among the top 250 dog breeds eligible to compete in the sport of obedience. The Labrador Retriever does not fall short of its rated importance in the Westminster Dog show, taking home the winning title – the 5th Westminster Masters Obedience Championship.

The fun-loving and active Boxer breeds have a history of being used by hunters for seeking out boar or deer’s on hunting rounds. The Breed’s emergence into America was quite late, and its popularity as one of the top dog breeds only began in the early 20th Century. Sturdily built, square-jawed, with stable muscular strength, the boxer breed possesses a mix of being a family dog and a working breed as well. 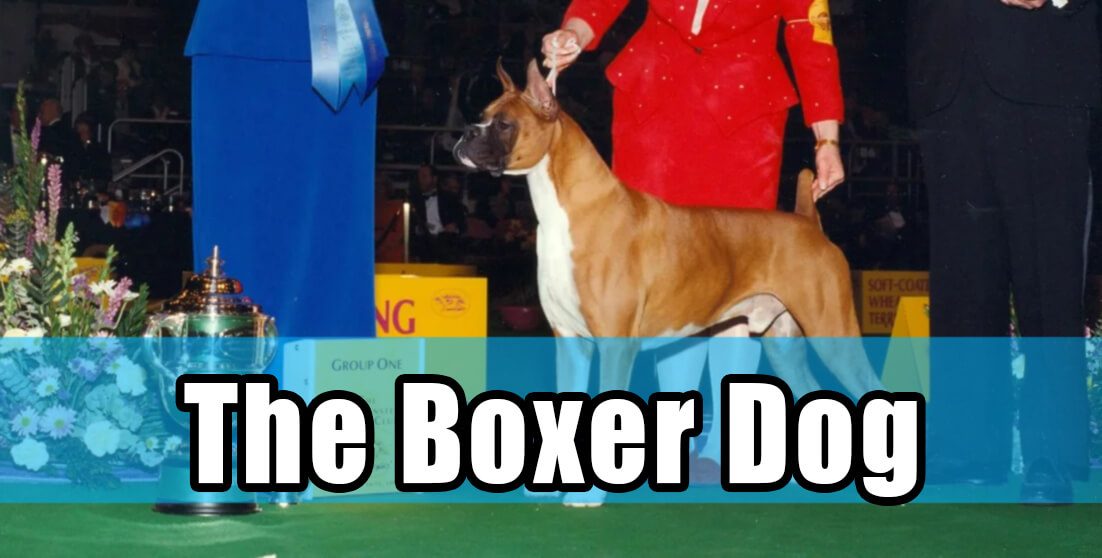 Westminster Dog breeds are always phenomenal, and the boxer breed does not disappoint us. Exuding excellence, this Breed has won the Westminster winning title – “Best In Show,” four times, ranking it among the top best breeders in the show’s history.

Meet the unique English Springer Spaniel. Springer Spaniels have a history of hunting dogs, majorly for chasing birds into flight for easy target by hunters. This kind of game called flush or spring game. The English Springer Spaniel has a double-colored coat, long ears, trusting eyes, and trained character. For this reason, this dog breed is becoming a family pet quickly. However, they’re not just homely and friendly; they are also exceptional show dogs! 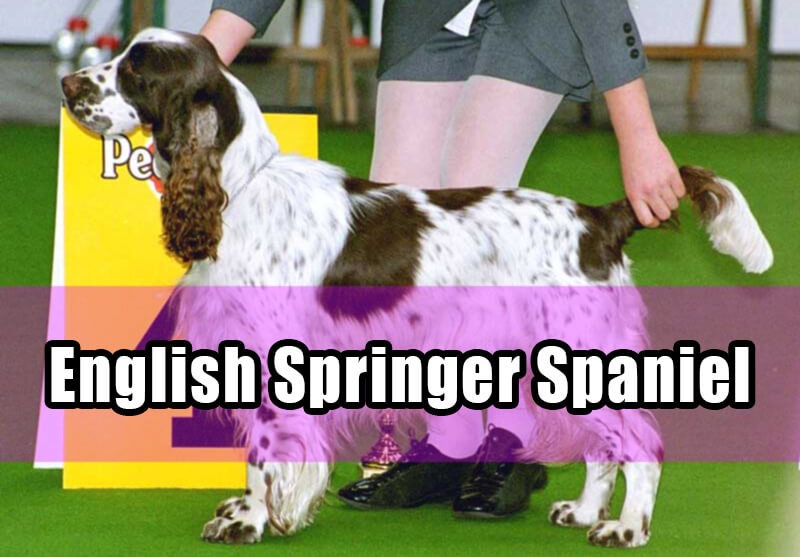 The English Springer Spaniels rank in the Westminster Kennel Club Dog Shoe as the third most “Best In Show,” winning the title six times in a row.

“The gentleman of the terrier World,” the smooth fox terrier carries the regular family breed physique; but with a unique distinguishing feature – the head, which is more V-shaped than others.

Making its first known appearance as a distinct breed in 18th Century England, the smooth fox was one of the earliest entrants in dog shows. He was the first terrier breed to be officially identified by the American Kennel Club.
This Breed made the record of Westminster’s very first “Best in Show” winner and maintained the record for three consecutive years; ranking it among Westminster’s top dog breeders .

The sleek and powerful Doberman Pinscher, otherwise called Dobe, is named after Karl Friedrich Doberman; who developed this dog breed in Apolda, Germany. Being highly energetic and intelligent are very common with the Dobies, and these traits have made them famous and primarily used in police and military work. This is not new because they were initially bred to be guard dogs.

Although making an appearance in the 19th Century, the Doberman Pinscher has risen to become not just one of the world’s most popular breeds but a “four times” winner in the Westminster dog show.

Famous for their traditional role in beagling – hunting of hares and rabbits by a beagle pack; the Beagle remains one of the world’s most familiar breeds.

Although the first appearance is unknown, their roots have been traced to be as far back as the 5th Century. For some time, the beagle breed has been in our faces, being used for popular media like; the Charlie Brown Cartoons and Medlife commercial. It would seem that their versatility in being as TV personalities and beagling history is not enough; because they’re also award winners in Dog shows.

The Beagle breed is a two-time of the prestigious “Best in Show” award at the Westminster Kennel Club Dog Show.

The Terrier Breed is sure not here to play. The Scottish Terrier makes the third in the Terrier breed to appear on this noble list and might pass for the short kid in the building. They are specially bred to hunt rabbits, fox, badger, and other small animals that live in dens. Were initially called the Aberdeen Terriers because of their origin in Aberdeen, Scotland.

This Scottish Breed is quite famous for being the only Breed of dog that has lived in the White House 3 times. However, it would be pretty interesting to know that this dog breed is a top champion, having won the Westminster “Best in Show” eight times! The Scottish Terrier is no doubt one of Westminster’s all-time top Breed.

The Pekingese is one of the oldest dog breeds, with a Chinese origin. We have had hunting dogs on the list. It’ll be interesting to know that the Pekingese were initially bred as close companions to Chinese Royalty. Giving them the dignified and gracious trait they meet their new acquaintances with. Pekingese is the first dog who made the “Best In Show” prize four good times.

The Sealyham breed name developed in Captain John Edwardes in the 19th Century. The dogs initially bred this dog to hunt otters, foxes, and badgers. They have grown over the years to be family companions and the best dog breed for new parents.

The Breed’s first appearance in a show ring Wales 1903. Brought into the United States in 1911. The Sealyham Terrier is also a Westminster Sweetheart, having won the landmark “Best in Show” Award four times. Rounding up our list of Top 10 dog breeders to participate in the Westminster Kennel Club Dog Show.

The Westminster Kennel Club Dog show, amongst other prominent dogs, shows in the United States. Takes a seat at the top ranking one of America’s most famous dog shows like the National Dog Show and the Crufts dog show.

Over 30 decades, the Westminster Dog Show has witnessed the conglomeration of diversity. Dog breeds separated into groups compete for the winning trophy. Given the high qualifications required of Westminster Dogs, Spectators would agree that. The dogs that made it to this list are no ordinary dogs, but the Champions they have proven themselves to be. 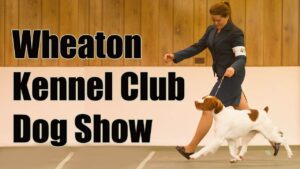 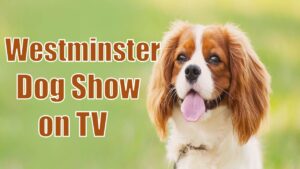 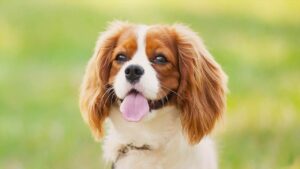 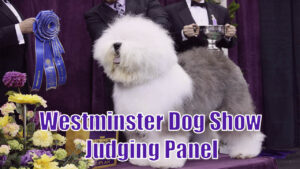 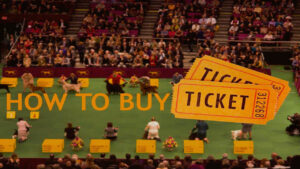